Lifestyles that Point to the Soon Return of Christ

Some folks believe the world is going to become a better place before the end of this creation as we know it.

Will Christians take control and invite Christ back to reign for His prophesied thousand-year millennium? I don’t think so… and I don’t think Jesus Christ thought so either. In fact, He said, “Nevertheless, when the Son of Man comes, will He really find faith on the earth?” Luke 18:8.

May all who come behind us find us faithful – Steve Green

Lifestyles in the End Times as Prophesied in the Bible

The Lord Jesus Christ prophesied that the world would be in a state of chaos at His return. The Book of Revelation gives us some details of that, especially during the seven years tribulation under the rule of antichrist.

The build-up to the reign of antichrist will see the beginning of these sorrows. Wars, increase in earthquakes, pestilences, diseases, financial instability, confusion, ungodliness, sin, hatred, and unhealthy lifestyles are just some of the events prophesied by the Lord. Matthew chapter 24 gives some details. The Lord said the “days of Noah” and the “days of Lot” will be repeated again. As we see these things beginning to happen, we know the end is very near and the Rapture of the Church is even closer.

“And as it was in the days of Noah, so it will be also in the days of the Son of Man: They ate, they drank, they married wives, they were given in marriage, until the day that Noah entered the ark, and the flood came and destroyed them all. Likewise as it was also in the days of Lot: They ate, they drank, they bought, they sold, they planted, they built; but on the day that Lot went out of Sodom it rained fire and brimstone from heaven and destroyed them all. Even so will it be in the day when the Son of Man is revealed” Luke 17:26-30.

Lifestyles in the End Times will look like this

“You should know this, Timothy, that in the last days there will be very difficult times. For people will love only themselves and their money. They will be boastful and proud, scoffing at God, disobedient to their parents, and ungrateful. They will consider nothing sacred. They will be unloving and unforgiving; they will slander others and have no self-control. They will be cruel and hate what is good. They will betray their friends, be reckless, be puffed up with pride, and love pleasure rather than God. They will act religious, but they will reject the power that could make them godly. Stay away from people like that! “2 Timothy 3:1-5 NLT.

More about Charlatans and False Prophets in the End Times

Good News as we await the Rapture of the Church

Enoch lived in very evil days, but his lifestyle honored God. His life shone in the darkness. His legacy included his son, Methuselah (the oldest man who ever lived), and Noah (his great-grandson). One day the Lord “raptured” him. He went for a walk… right into Heaven. “Enoch lived 365 years, walking in close fellowship with God. Then one day he disappeared, because God took him” Genesis 5:23-24 NLT.

End Time Christians have God’s assurance He will pour out His Spirit on us in these last days, strengthening and enabling His people to shine as lights in the growing darkness. Once the Church of Jesus Christ leaves in the Rapture, the world will be a dark place indeed.

Believers, shine for Jesus! Live for Him! Win souls while there is time! The Day will come when we too shall disappear into Heaven. Let’s take as many people with us as we can. These are exciting days filled with great possibility. May we too leave a godly legacy.

These are exciting days filled with great possibility. May we too leave a godly legacy. #livingforjesus Click To Tweet 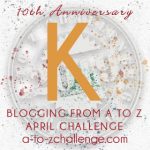 Increase of Knowledge in the Last Days is Prophesied