Prophecy Update: Are You Rapture Ready? 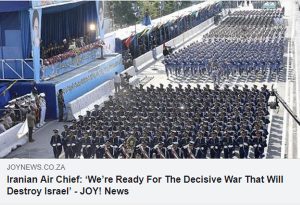 Nearly three thousand years ago, the Prophet Ezekiel wrote about the end-time war in the Last Days (Ezekiel chapters 38,39. Compare Psalm 83). He said Iran, Russia, and Turkey plus other nations would attempt to destroy Israel, but without success. Many Bible scholars believe this event is scheduled to take place either before, just after, or at the same time as the prophesied Rapture of the Church.

Jesus Promised to Return for His Church

Jesus said He is coming back again for His Church. His promise is absolutely true and trustworthy. It is a great source of comfort and joy and something wonderful to look forward too.

“Let not your heart be troubled; you believe in God, believe also in Me. In My Father’s house are many mansions; if it were not so, I would have told you. I go to prepare a place for you. And if I go and prepare a place for you, I will come again and receive you to Myself; that where I am, there you may be also” John 14:1-3.

How Will the Rapture Happen?

Genuine believers in Christ will meet the Lord in the air at the start of antichrist’s seven-year reign (1 Thessalonians 4:17). They will return with Him to the Mount of Olives in Jerusalem at the end of the seven years (Jude v.23,24; Zechariah 14:4).

This Student thought he had been Left Behind

Many years ago, students at a local Bible School in Pretoria, South Africa, were enjoying lunch. Suddenly they heard shouting down at the river running along the boundary of their property. A fire had broken out in a bushy area. Everybody – including the staff – rushed out the door to see if they could help put the fire out.

One of the students, however, had taken a quick nap after morning lectures and missed all the excitement. The noise – or possibly the sudden silence – woke him and he stumbled sleepily to the dining hall. To his shock and horror, there were no students around. Their half-eaten meals were still on the plates. He ran to the kitchen. Food was cooking on the range, water was boiling, but there was no one in sight.

He was in a state of total panic. “It’s true,” he cried out. “Everything they told me is true! The Rapture has happened and I’ve been left behind.”

He fell to the floor, weeping so loudly some students ran back to the dining hall to see what was happening! He was totally in shock and had to have medical attention. It took him three days in hospital to recover.

When the Rapture happens many people are going to be very shocked and distraught, but it will be too late for tears. Those who do not know the Lord will be left behind, but for those who love Him, an incredible future lies ahead of us.

Who Will Be Left Behind?

I believe He is coming for His Body and no believer will miss the Rapture, even if they don’t believe in it!

“For we must all appear before the judgment seat of Christ, that each one may receive the things done in the body, according to what he has done, whether good or bad” 2 Corinthians 5:10.

Some believers who have lived careless lives will still make it to the Meeting in the Air, even if it is by the skin of their teeth. The Lord is coming back for His Church, not a part of His Body… but all of it.

“For no other foundation can anyone lay than that which is laid, which is Jesus Christ. Now if anyone builds on this foundation with gold, silver, precious stones, wood, hay, straw, each one’s work will become clear; for the Day will declare it, because it will be revealed by fire; and the fire will test each one’s work, of what sort it is. If anyone’s work which he has built on it endures, he will receive a reward. If anyone’s work is burned, he will suffer loss; but he himself will be saved, yet so as through fire.”
1 Corinthians 3:11-15

Some have called the Rapture an “escapism mentality” but it is far from that. It is a very serious matter to consider that we shall appear before the Judgment Seat of Christ to answer for the way we conducted our lives as Christians on earth. No believer will ever appear before the Great White Throne Judgment reserved for unbelievers, but we will not skip into Heaven without dealing with our issues. No wonder Paul wrote: “Therefore we make it our aim, whether present or absent, to be well pleasing to Him” 2 Corinthians 5:9.

What will happen to Religious People?

Unbelievers will not meet the Lord in this first phase of His Promised Return, even though they may have been “Christianized” and lived “good” lives.

The Parable of the “two houses” should be carefully studied in this connection. The one was built on solid rock, the other on sand. They looked alike, but there was an essential difference… and that difference caused the destruction of the house built on the sand (Luke 6:48,49).

The Parable of the Ten Virgins in Matthew chapter 25 speaks of a similar situation. Both groups were in the same place at the same time, doing the same thing, but only one group was ready to meet the Lord when He returned. The other group did not know Him personally.

What was His response to the group who were not ready to meet Him? Did He say, “You naughty children, now you will have to suffer but don’t worry, I will let you into the Marriage Feast later”?

When He comes, only those who truly are “born again” of the Spirit of God will be ready to meet Him in the Rapture. Religion, good works, appearances, and words will mean nothing.
One night a leader of the Jewish people came to see Jesus. Nicodemus, a good man and respected by his people, had a conversation with the Lord about being born again. Jesus was clear and to the point. “Most assuredly, I say to you, unless one is born again, he cannot see the Kingdom of Heaven” (John 3:3). Enter it he will not. Jesus was very clear about it.

This Will be an Exciting Day for all Genuine Christians

I have done some exciting things in my life and traveled the world. Tobogganing in Switzerland, praying at the Western Wall in Israel, touring Europe and the United Kingdom, ministering from the East to the West Coast of America, watching babies being delivered in Mission hospitals in Africa… but nothing can compare with the exciting expectation of meeting Jesus “in the air” on That Day.

And what a Day that will be! The Bible tells us those still living on earth when the Lord returns will not be changed ahead of those who have gone before and who return with Him to meet us. We will be changed together… receiving our glorious resurrection bodies at the same time.

“For this we say to you by the Word of the Lord, that we who are alive and remain until the coming of the Lord will by no means precede those who are asleep” 1 Thessalonians 4:15.

The Bible speaks of Christians who have moved on into the Presence of the Lord as having “fallen asleep.” Jesus said Christians never die. They merely fall asleep in this life and wake up in the next. Speaking to Martha, sister of Lazarus – the man Jesus raised from the dead – He challenged her:

“And whoever lives and believes in Me shall never die.
Do you believe this?” John 11:26.

At death, as we know it, our spirit leaves the body behind and goes straight to his or her eternal destiny. On the day of the Rapture, Jesus will return with all those saints and they will be reunited to their bodies. The atoms making up their human bodies will be raised, incorruptible – never again subject to corruption and decay – and each believer will receive a wonderful new resurrection body.

“For the Lord Himself will descend from heaven with a shout, with the voice of an archangel, and with the trumpet of God. And the dead in Christ will rise first”1 Thessalonians 4:16.

The bodies of those who have gone before will be raised first and then we will all be changed at the same time.

“In a moment, in the twinkling of an eye, at the last trumpet. For the trumpet will sound, and the dead will be raised incorruptible, and we shall be changed.” (1 Corinthians 15:52)

No wonder the Bible tells us to encourage one another with the exciting news of the Rapture of the Church. The Child of God has no reason to fear the Return of the Lord. It is the unbeliever who has good reason to fear. Being “left behind” will not be a pleasant experience according to the Book of Revelation.

“And while they looked steadfastly toward heaven as He went up, behold, two men stood by them in white apparel, who also said, “Men of Galilee, why do you stand gazing up into heaven? This same Jesus, who was taken up from you into heaven, will so come in like manner as you saw Him go into heaven” Acts 1:10,11.

This is Glorious News. This same Jesus who left on the Day of Ascension is coming back again and we are destined to meet Him “in the air.”

“Then we who are alive and remain shall be caught up together with them in the clouds to meet the Lord in the air. And thus shall we always be with the Lord. Therefore COMFORT one another with these words” 1 Thessalonians 4:17,18.

The Rapture is a message of comfort and hope, not an “Escapism Doctrine.” It should make us excited and expectant, keeping us on our toes spiritually as we look forward to His Return.

Are you Rapture Ready?

Rapture of the Church 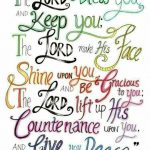 A Word of Encouragement for the New Year: The Key to Victory 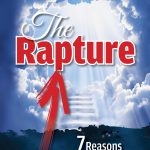 What did the Early Church believe about the Rapture?