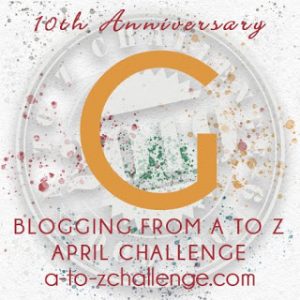 Gospel Preaching in the End Times

Gospel preaching is one of the major signs of the Soon Return of Christ. The Lord said He would pour out His Spirit in the End Times and His people would prophesy in His Name.

Gospel Preaching in the Last Days

Notice the Lord says He will pour out His Spirit on all genders – male and female – young and old – and they will prophesy. What is prophesy? It is anointed SPEAKING under the inspiration of the Holy Spirit. How the devil would like to silence the voice of the women in these days in direct contradiction of what the Lord is doing!

Will Every Individual Hear the Gospel Before the Lord Returns?

Many people, hoping to delay His Return during their lifetime, like to believe that. But is that what Jesus said? Will every individual hear? Will every nation hear? Or did He say the Gospel would be available to the whole world before He returns? This is what He said:

And this gospel of the kingdom will be preached in all the world as a witness to all the nations, and then the end will come.
Matthew 24:14

Gospel Preaching, a Prophecy Fulfilled in Our Lifetime

The Gospel has traveled throughout the known world during the centuries. The pace was accelerated in the 18th Century with the invention of the printing press. Radio and TV technology quickened that pace. Satellite technology arrived and for the FIRST TIME in history, the Gospel is being preached in all the world as a witness to all nations. Even the popular smartphone links directly to Gospel preaching.

Is Christianity dying off?

Far from it! The Church of Jesus Christ is alive and well. The Lord is still building His church and anointed men, women, and children are sharing that ministry. The Internet explosion is taking the world by storm. Anybody with a telephone and a modem can have instant contact with the Gospel.

It is so exciting to see prophecy being fulfilled right before our eyes! God is doing some magnificent, powerful, and incredible things around the world. Reports of worldwide revival are pouring in every day as the Gospel of Jesus Christ makes great inroads in this generation. Hundreds of thousands are turning to the Lord in the Eastern Bloc, Russia, China, and places where the Gospel has been banned. We saw the Berlin Wall come crashing down and thousands of Eastern Europeans exposed to the Gospel with tremendous results. The Church in North Korea, though apparently invisible, is strong.

Here’s just a little sample of what God is doing:

Are You Part of this End Time Revival?

God is still pouring out His Spirit on believers, ready and willing to share the Gospel in an increasingly anti-Christian world. Are you counted among them? Have you opened your heart and life to the ministry of the Holy Spirit? Christian, this is your finest hour.

And this gospel of the kingdom will be preached in all the world as a witness to all the nations, and then the end will come. Matthew 24:14 #endtimes Click To Tweet

Get visible and starting sharing under the anointing of the Holy Spirit! Those who mock you will regret it on Judgment Day. Those who hear you and respond will be so happy they did.

Families, Loved by God, Hated by the devil 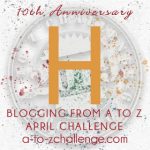