This post was originally published on August 21, 2019, and has been updated.

I returned on Tuesday from the most exciting, testing, and fulfilling ministry of my life. The Congo Basin / Ituri forest was everything (and better) than I have ever dreamed of. I saw God’s unspoiled creation firsthand and I was in absolute awe.

The dream and vision of reaching the Pygmy peoples started many years ago and finally, I was able to reach these largely forgotten people. There is so much to share and I simply don’t have enough space to write it all down.

This epic journey started on the 8 October 2019 and ended on the 21st. I flew to Uganda where David Maindi, my friend and co-worker, met me. After spending the night in Kampala, we planned to set out to the Congolese border at 4 am, which was a 7 hour drive. Unfortunately, we hit the first setback. David jnr., our driver, informed us that the brakes on our vehicle had failed so we had to wait for another to be delivered. And on top of that, the Visa card with most of our travelling dollars had been lost. After sorting out these problems, we finally got underway at midday. We reached the border with no further problems, but on arriving found the border post was closed so we had to overnight in a not so nice bush guesthouse full of mosquitoes and rats. Early the next morning we once again set out to cross over. After passing through the Uganda Border post, David and I had to walk across no man’s land to the Congo side as David the driver returned to Nebbie to await our return. After clearing through the Congo Border post, through the Lord’s grace with no problems, the team met David and me. We then made our way to Bunia on the most atrocious road I have ever seen. This journey took about 7 hours.

After a night’s rest, we continued deeper into the Basin – also on terrible roads – towards a town called Komanda. We then set out to find the first group of Pygmies. My heart was absolutely pounding with excitement and expectation. From the roadside, we had quite a long walk to their camp.

When I first laid eyes on these amazing little people my heart just melted. They were very fearful of me as they had never seen a white man before and, of course, my size was rather intimidating. Through an interpreter, I brought the simplest message. Through the leading of the Holy Spirit, I was led to tell them about a King and His beloved Son.

Well, the response was phenomenal. I went down on my knees and the group followed my leading. I lifted my right hand and asked them to accept Jesus as their Lord and Saviour. Through my interpreter, they said the sinner’s prayer and we closed with a resounding Amen!!

We then went on to another group in the Komanda region with the same fantastic results. We left gifts of salt and soap which were well received. After this absolutely amazing day, we made the 6-hour return drive (with many roadblocks checking for Ebola), rejoicing. I could hardly sleep that night. I was praising the Lord for His goodness, and allowing me to fulfill my dream by being obedient to Mark 16:15.

We had an early start the next day as we were going much deeper into the Ituri forest. We had to cross the Ituri River where legend has it Stanley got lost and climbed a small hill to try and find his way out. We drove another 100 km deeper into the forest. The biggest obstacle of trying to reach these people was getting there. It is the remotest place I have ever been to in my life.

My tracker said, “Sir, just pray we don’t break down here.” We also had the problem of the rebels on the run from the government. The day before I got to this part of the forest, they had ambushed and killed 18 soldiers and 10 civilians. After parking our cruiser, we had a 12 km walk to try and find the 3rd group of Pygmies. It was the thickest bush that I have ever walked in, with trees towering over three stories high with a great canopy over us closing out much of the light.

By the Grace of the Lord, we found another group and had the same success as the first two groups. I was asked to pray for a lady who had suffered a serious head wound from a falling tree. She had a massive fracture of the skull. The wound was packed with with banana leaves. She let me lay my hands on her as she sensed I meant her no harm. We are trusting the Lord for full healing; hopefully, one day hearing the good news.

We reached the last group late in the afternoon and had the same success praying with them and seeing these wonderful people giving their lives to the Lord Jesus.

I was reminded by my team that they were fearful of the rebels finding out about the presence of a white man in the region, and the very real possibility of being attacked and killed as these rebels are very brutal. These fears were not unfounded. The next day 100 government soldiers were killed in an attack.

I feel that we as a team helped fulfill scripture in Matthew 24:14 by taking the Gospel into one more nation, and in this small way hastening the Lord’s return. We then had the arduous journey back to Bunia, then on to the border with a 6-hour drive back to Kampala.

David and I rested up for a few days before I flew back to London. We said to each other at the onset of this mission if one Pygmy comes to the Lord the mission would have been worth it. The bible says the Angels of God rejoice when one sinner repents – Luke 15:10. We had 110 come into the Kingdom of the Lord. Hallelujah!!!

I want to thank my team in Uganda and the DRC for all the hard work that made this mission possible, and to all the businessmen and women who helped me get into the second lung of the world to reach these people. Words cannot convey our gratitude, but I wish to encourage you that you have been part of each name being written in the Lamb’s Book of Life.

I give all the praise and glory to the Lord Jesus Christ for our safety and being free of Malaria, Ebola, and being attacked by wild animals or people. Thank you for all the prayer support.

The grace of the Lord Jesus Christ, and the love of God, and the communion of the Holy Spirit be with you all. Amen.

Do you want to be part of an exciting Modern-Day Miracle? Support Fergus Buchan as he reaches out to an Unreached Pygmie Tribe in the Congo Basin on the African continent.

One of the signs of the End Times and the prophesied Rapture of the Church is an accelerated witness to the unreached. The Bible doesn’t say every individual will be reached, but rather the Gospel will be available globally to all mankind. “And this gospel of the kingdom will be preached in all the world as a witness to all the nations, and then the end will come” Matthew 24:14.

Somewhere in the Congo Basin lives a small unreached Pygmie tribe of about 250-350 people. They don’t have access to modern technology to hear the Gospel, but the Holy Spirit is making sure they hear before the Lord comes. This is a miracle story about to unfold and you can be a part of it. 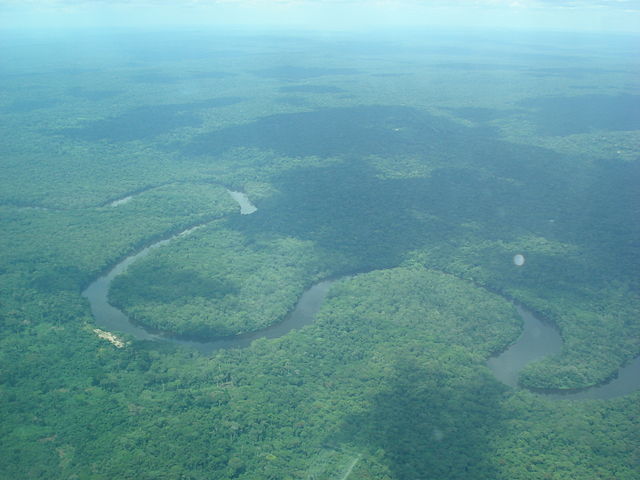 They have never seen a White man. Their only limited contact has been with very few Black men in the rainforest. Pastor Charles, a tracker, heard about them and made contact with Bishop David Maindi, a good friend of Fergus Buchan, a fellow evangelist. “Do you know any White man who would be prepared to go into the forest and take the Gospel to this tribe?” he inquired.

Fergus Buchan, an experienced Missionary to Africa, was delighted when Bishop David Maindi contacted him.  His heart is to reach the lost. He grew up Northen Zambia on the Congo border and was very interested in the Pygmies and often wondered just how small they really are.

How do you reach a small tribe in a vast jungle?

The Holy Spirit knows exactly how! The tracker went back into the rainforest and suddenly three completely naked little people approached him. “We are waiting,” they said in their dialect. They were expecting someone to share Good News with them! He immediately clothed them and sent a photograph to Fergus.

“We are coming,” he said.  That’s how this miracle story began.

Fergus, Bishop David, and Pastor Charles (the tracker) will be going to the Congo in September 2019. Fergus leaves the UK on October 8 and returns on October 11.

How will the team find this tribe? “Do not worry,” the Lord told Fergus. “Just walk into the jungle. They will find you.”

First, they fly into the Congo Basin by airplane, then into the rainforest by bush plane. An eleven-hour journey in a Land Rover follows… after which they must walk into the jungle. It is a dangerous mission. Ebola, Malaria, and many other dangers lurk there.

“I’m believing for a miracle of salvation,” says Fergus. “As we share the Word of God with them, by faith we trust they will bow the knee to Jesus and receive Him as Lord and Saviour. We will be using the Heart Chart donated by Pastor Ferdie Warwick to help us visually present the Gospel.”

The team is excited. “What a privilege to hasten the Lord’s Return in a small way!” rejoices Fergus. “Thank you, Lord, for using us.”

How Can You be Involved in this Miracle Story?

For further information about Fergus & Joanne Buchan, please visit Messiah Ministries International London website. (Angus Buchan of Faith Like Potatoes is his brother, also a well-known Preacher of the Gospel.)

I’m excited about being part of this Outreach. I know you are too!