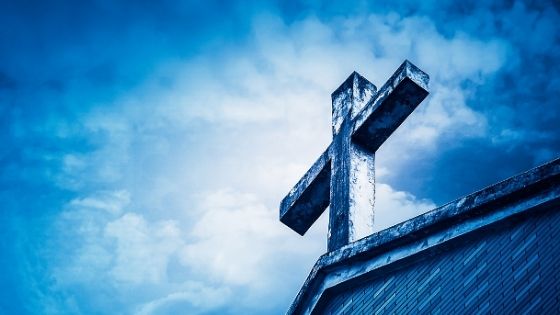 2. Final Notice to the Family

Prophecy is being so rapidly fulfilled in these Last Days we know the Rapture is very close indeed. The Lord is busy calling His Church to prepare themselves.  He is speaking loudly to the people of God through this dreaded virus that is decimating our world globally.

The Church holds the Key to Revival

Whatever caused this plague, we know God is sovereign and He allowed it. Nothing happens without His permission. When He shuts the heavens, sends locusts (currently happening in East Africa and Russia), the Church must see His Hand. The Lord is getting the attention of the whole world in a way we have never experienced in our lifetime. The Church holds the Key to revival, healing, and restoration. Like Aaron of old, we must stand between the living and the dead with our censor of prayer and petition for the plague to be stopped (Numbers 16:46-50).

At times I might shut up the heavens so that no rain falls, or command grasshoppers to devour your crops, or send plagues among you. Then if my people who are called by my name will humble themselves and pray and seek my face and turn from their wicked ways, I will hear from heaven and will forgive their sins and restore their land. 2 Chronicles 7:13-14

Murder of innocent babies (born and unborn), lifestyles specifically condemned by Him, evil, murder,  and corruption on a scale that boggles the mind is accepted today as par for the course. Our world is ready for judgment. The only answer is for the Church to wake up, repent, and start praying. ‘This is no time to think about controversial theories but to meditate on and obey the Word of God.

Romans 1:18-32
For the wrath of God is revealed from heaven against all ungodliness and unrighteousness of men, who suppress the truth in unrighteousness, because what may be known of God is manifest in them, for God has shown it to them. For since the creation of the world His invisible attributes are clearly seen, being understood by the things that are made, even His eternal power and Godhead, so that they are without excuse, because, although they knew God, they did not glorify Him as God, nor were thankful, but became futile in their thoughts, and their foolish hearts were darkened. Professing to be wise, they became fools, and changed the glory of the incorruptible God into an image made like corruptible man—and birds and four-footed animals and creeping things.
Therefore God also gave them up to uncleanness, in the lusts of their hearts, to dishonor their bodies among themselves, who exchanged the truth of God for the lie, and worshiped and served the creature rather than the Creator, who is blessed forever. Amen.
For this reason God gave them up to vile passions. For even their women exchanged the natural use for what is against nature. Likewise also the men, leaving the natural use of the woman, burned in their lust for one another, men with men committing what is shameful, and receiving in themselves the penalty of their error which was due.
And even as they did not like to retain God in their knowledge, God gave them over to a debased mind, to do those things which are not fitting; being filled with all unrighteousness, sexual immorality, wickedness, covetousness, maliciousness; full of envy, murder, strife, deceit, evil-mindedness; they are whisperers, backbiters, haters of God, violent, proud, boasters, inventors of evil things, disobedient to parents, undiscerning, untrustworthy, unloving, unforgiving, unmerciful; who, knowing the righteous judgment of God, that those who practice such things are deserving of death, not only do the same but also approve of those who practice them. Romans 1:18-32
The Church holds the Key to revival, healing, restoration, and relief from the coronavirus. Click To Tweet

Part Two of the Book of Revelation 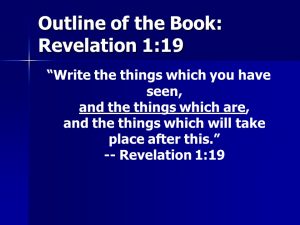 “Write The Things Which You Have Seen” (Revelation 1:19)

John has given us a glimpse of the Risen Lord Whom he saw in this amazing vision. The Glorious Lord of the Church has something to say to His Church. This is the content of chapters two and three of the Book of Revelation. After this, we never see or hear of the Church of Jesus Christ on earth again in this prophetic book. Next time we see the redeemed, they are worshipping in Heaven.

What the Lord says to the Church in these two chapters is particularly relevant for us now as we recognize we are at the END of the End Times. 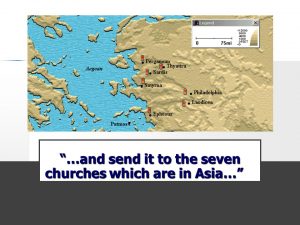 seven specific local churches in Asia (now Turkey). There were hundreds of churches in John’s day meeting in homes, rented halls, forests, and various places. Why did the Lord choose these seven? And why the specific order?

What is so amazing is that these seven Churches typify the history and state of the Church through seven periods of Church history to our present time. 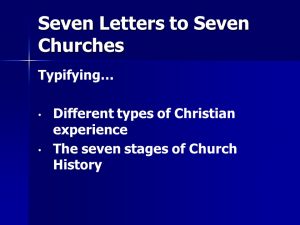 The order in which the letters are delivered is very precise. Not only do they typify church ages, but they also mirror local churches and Christians in every age.  The characteristics described in these seven letters are found in all churches and believers. We are going to examine each church in detail over the next few days.

The Seven Stages of Church History

The order they are given reflects the changing condition of the church as a whole down through the centuries. These two chapters give us a historical perspective of the entire Church Age.

Each church has specific characteristics. With the exception of two, the Lord has a special warning for each one. The constant theme in these letters is the call to repentance. The Church of Jesus Christ as it expresses itself on earth is not a Religious Club. It is the Body of Christ. It must display His characteristics, message, and power to a world lost in sin. How far we fall short as we examine ourselves in the light of God’s View of the Church!

Do you remember in times past going for a walk in the evening and peering into the shop windows to see what was on display? We don’t do that anymore in our big cities. The windows are shuttered to protect the shops from thieves. It gave us a good idea of the kind of goods the shop carried and aroused a desire to return the next day to purchase some of them.

The Bible says the Church is God’s Show Window to the world. What impression of the Lord do we give? What do people say about us?  What have you heard lately?

Ephesians 3:10,11
…to the intent that now the manifold wisdom of God might be made known BY THE CHURCH to the principalities and powers in the heavenly places, according to the eternal purpose which He accomplished in Christ Jesus our Lord, Ephesians 3:10-11

What Is the Lord saying to the Church Today? 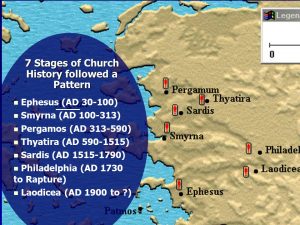 Follow this blog as we look at each church in detail over the next few days. 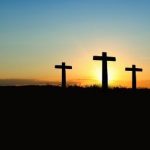 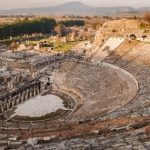 The Church at Ephesus – The 7 Churches of Revelation (#4)