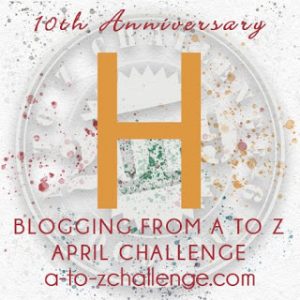 Palm Sunday is an important day in the Christian Calendar. Churches celebrate it globally as the start of religious observances during the Holy Week, leading up the crucifixion and resurrection of our Lord Jesus Christ.

Palm Sunday and its Prophetic Significance

Why is Palm Sunday so important to believers? There have been many contenders for the title of Messiah.  This prophetic event clearly points out who the GENUINE Messiah is.

The Jewish people had been expecting Messiah for a long time. Isaiah prophesied His coming in BC 800 (Isaiah 9:6; Isaiah 53:5,6), as did many other prophets. The question was: How would they know who the genuine Messiah was?

Zechariah, an Old Testament prophet, answered that question in BC 520-518. The real Messiah would be recognized by a specific event. “Tell the daughter of Zion, Behold, your King is coming to you, lowly, and sitting on a donkey, a colt, the foal of a donkey” Zechariah 9:9.

Jesus Riding on a Donkey

Many scholars believe it was on April 6, AD 32, that Jesus rode into Jerusalem on a 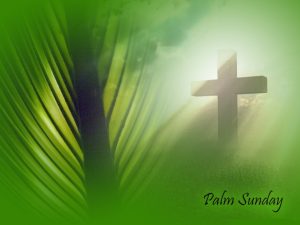 donkey. The common people were expecting the Messiah to do exactly that and they were excited. Men, women, and children, spread palm branches and clothing on the road before Him. Matthew 21:1-12 records what happened that day.

“Hosanna to the Son of David!”, they shouted. “Blessed is He who comes in the Name of the Lord! Hosanna in the highest!”

Matthew understood the prophetic significance of this event. “All this was done that it might be fulfilled which was spoken by the prophet, saying: ‘Tell the daughter of Zion, ‘Behold, your King is coming to you, Lowly, and sitting on a donkey, A colt, the foal of a donkey.’ ”

Prior to Zechariah’s prophecy, Daniel specified the exact date of Messiah entering Jerusalem to die for our sins. In approximately BC 600, he wrote:

“Seventy weeks are determined for your people and for your holy city,
To finish the transgression,
To make an end of sins,
To make reconciliation for iniquity,
To bring in everlasting righteousness,
To seal up vision and prophecy,
And to anoint the Most Holy.
Know therefore and understand,
That from the going forth of the command
To restore and build Jerusalem until Messiah the Prince,
There shall be seven weeks and sixty-two weeks;
The street shall be built again, and the wall,
Even in troublesome times.”
— Daniel 9:24,25

The Prophetic Meaning of the “70 Weeks”

The Historical Fulfilment of Prophecy

If you are trying to work out these dates on our calendar, remember Pope Gregory XIII changed our calendar in 1582 and made some errors. The Jewish calendar is correct.

We are in the Church Age now. When the Lord returns for His Church at the Rapture and we are “caught up” to meet Him in the clouds (1 Thessalonians 4:15-18), those missing seven years will begin. The Prophetic Clock will start again. People living during the reign of antichrist can mark their calendars. Exactly seven years later, the Lord will return with His Church and stand on the Mount of Olives (Zechariah 14:4).

During these seven dreadful years prophesied in the Book of Revelation, the Lord will deal specifically with the Jewish people. All who survive this time of “Jacob’s Trouble” (Jeremiah 30:7) will recognize and serve their Messiah in spirit and in truth. “And so all Israel will be saved, as it is written: The Deliverer will come out of Zion, and He will turn away ungodliness from Jacob; For this is My covenant with them, When I take away their sins” Romans 11:26,27.

Palm Sunday and the Return of the Lord Jesus Christ

Palm Sunday stopped the prophetic clock over two thousand years ago. We remember that important event because it points clearly to the Return of Christ and the final seven years of history as this world knows it.

We are the only reason the antichrist has not yet been revealed. “And now you know what is restraining, that he may be revealed in his own time. For the mystery of lawlessness is already at work; only He who now restrains will do so until He is taken out of the way. And then the lawless one will be revealed, whom the Lord will consume with the breath of His mouth and destroy with the brightness of His coming” 2 Thessalonians 2:6-8.

Christian, in these tumultuous end time days, stand up and be counted. Resist, reject, and restrain evil while we are still here! When the Church is gone the world will experience unrestrained evil.

Those who focus their eyes on palm branches miss the point. We must keep our eyes on the clouds, looking up and expecting His Return for the Church at any moment. 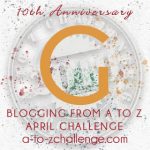 Gospel Preaching in the End Times 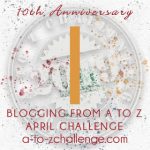